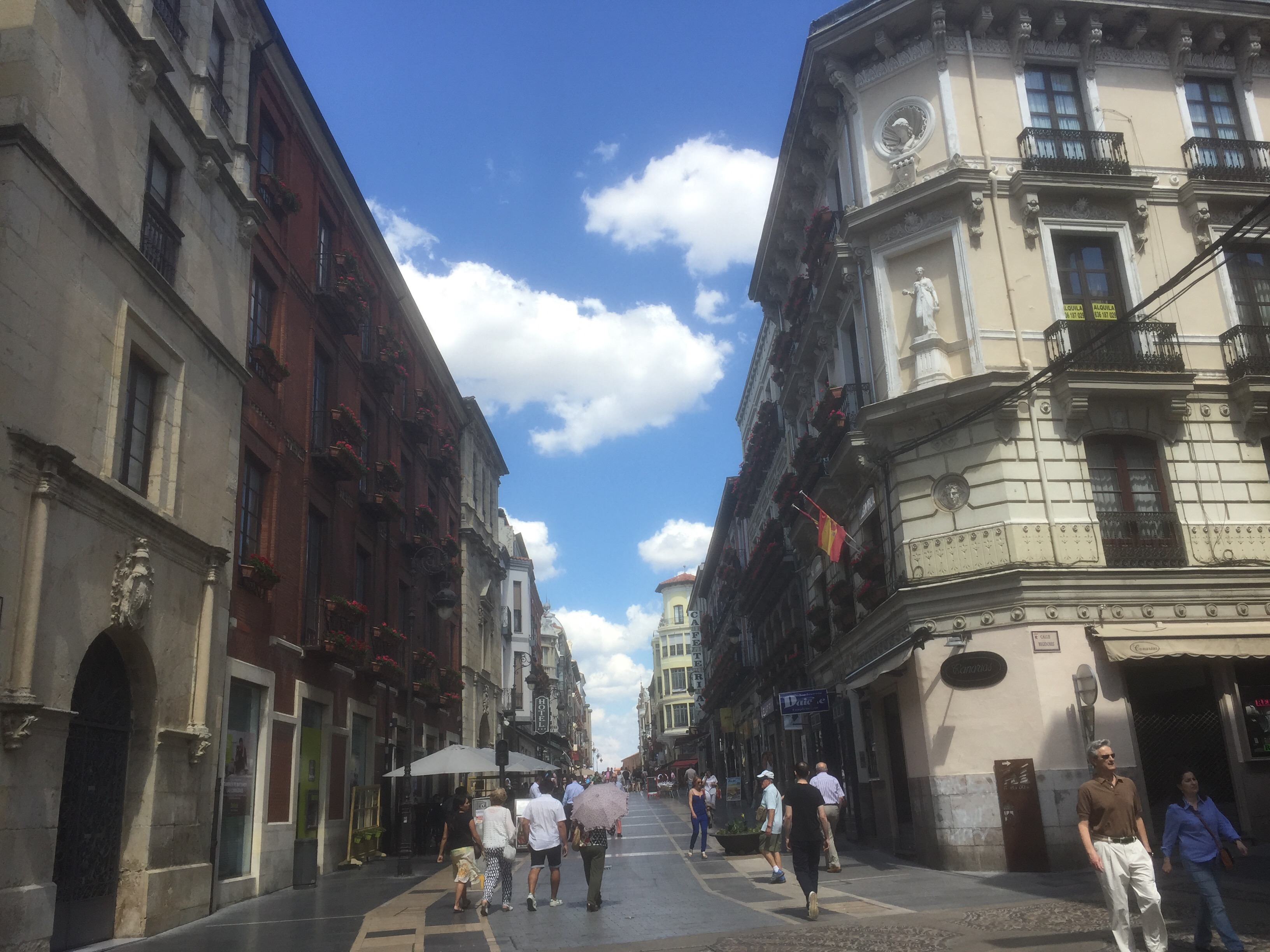 Today, I left one city for another. Again, my mode of transport was by bus instead of my feet. I had a little bit of time before the bus left, so I sat by the river in the cool morning sun before the heat kicked in.

I sat by the river still disappointed by the injury, but I know that I will still have a lot of the trail ahead of me. I’ve also learned to listen a little closer to my body. I ended up skipping around 170 miles of the trail. I did go with ambitious goals, and I knew that ahead of time. I just didn’t realize how ambitious! But tomorrow, I will finally be walking the Camino de Santiago again.

When I arrived in León, I checked into the Albergue and got settled in. It is attached to a Benedictine Convent and has a nice chapel on the side of it. I proceeded into town with the big puffy clouds forming in the distance. León, like Burgos, has a mix of modern and old architecture. The narrow streets hinting at transportation needs of a different nature in the past. So many people just walking through the the crowded intersections because few cars are even allowed in there.

I went to dinner with several other pilgrims tonight. The conversation was great, and it was nice to have that connection again. I know that I complained a bit about the hamburger, but the Spanish food, I cannot complain about! For the 9€ I paid for dinner tonight, I easily would have spent at lest $25 on at home. I’ve had some of delicious Chorizo, croquetas, and pork tenderloin. If there is one thing that the Spanish are known to love, it’s their pork.