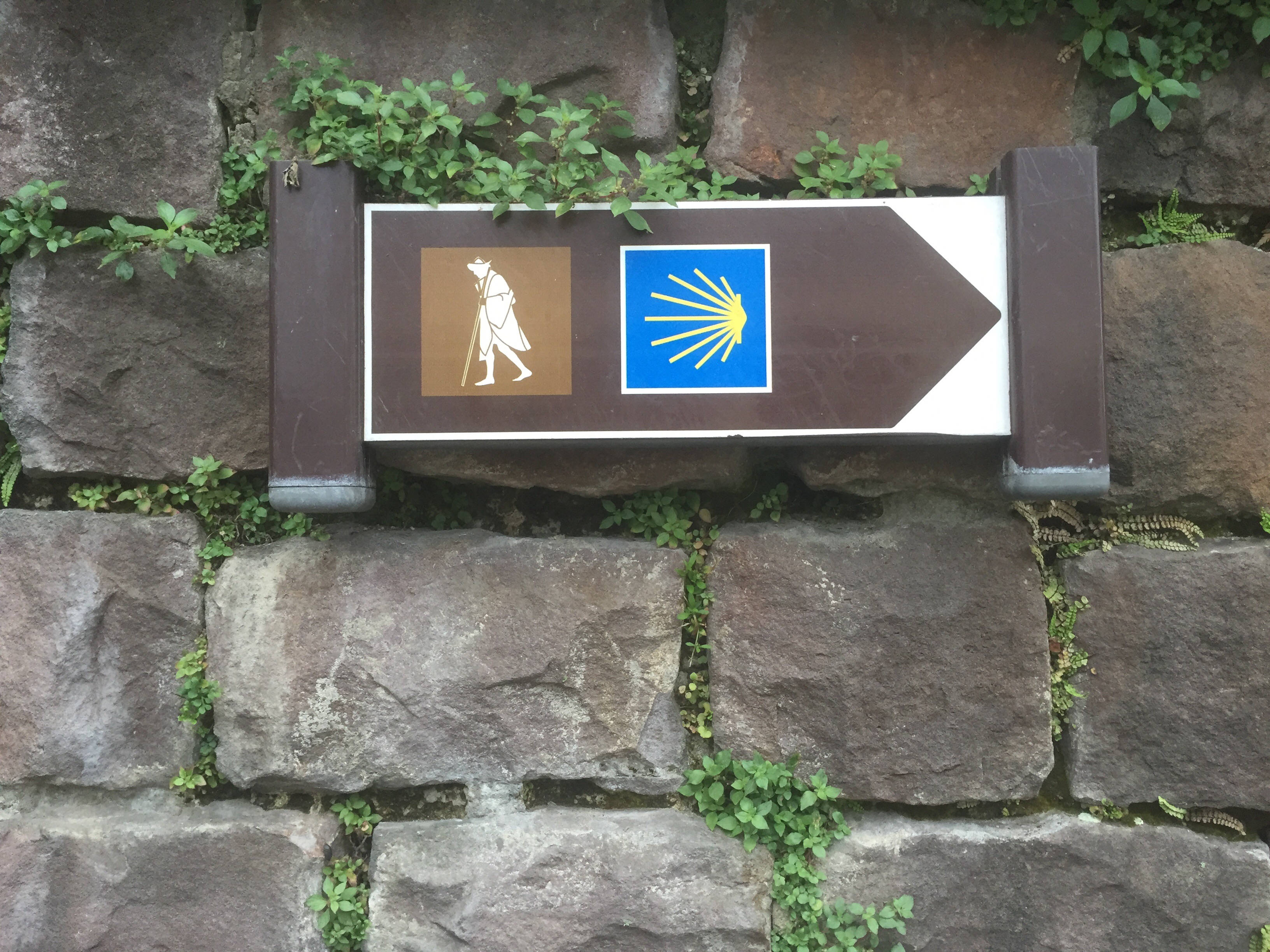 Today I began walking the Camino de Santiago in St-Jean-Pied-de-Port, France. After arriving late last night on a bus, since the rail strike in France renders the tracks just hunks of metal laying on the ground, I got around 6 hours of sleep. I set out around 7:20am with a man I met on the bus who began walking from Holland. He’s been walking for around 6 weeks now and decided to continue on to Santiago. We walked for a while and met up with a man from Mexico, a Korean, several French and Spanish, as well as others from Holland and San Francisco.

I had heard that to do the Camino starting in St-Jean, the first day is the hardest physically, since it is a steep climb and reaches over 5,000 ft in elevation. I had prepared myself knowing that this was going to be a grueling day, and I hoped that I had prepared myself for the physical and mental challenge. Fortunately, I did, but I also saw several who had not met that goal. I stopped for lunch at 9:30 at a albergue in the hills that also had a café attached. I got a chorizo sandwich on fresh baked French bread, mixing the country that I was currently in with the country I was about to enter. While I was getting ready to order, the woman in front of me asked for a room for the night. She was done. At around 5 miles in, she couldn’t take it anymore. I have to say, I’m happy to see that she was smart enough to know her limitations and listen to her body. I know first hand how horrible it can feel if you don’t listen. While training for the Camino, I did a 10 mile hike and didn’t have any ibuprofen with me when a headache started developing half way through and ended up with a full blown migraine by the end of the trail. I could have turned around sooner but didn’t listen to my body. Sometimes, you have to know when to throw in the towel.
Fortunately for me, I did not have to throw in the towel and ended up making the 18 mile journey to Roncesvalles, Spain. The trip was not easy. As I got further into the mountains, the rain started to fall… Or shall I say, it rose.. Because the wind was so strong that it was falling up and sideways. I was glad that I had packed my rain pants and coat, and that I was prepared for this possibility. All the training, research, and preparation paid off big time. For the first time in my life, I crossed the Pyrenees mountains. For the first time in my life, I crossed from one country into another on foot. For the first time in my life, I began the Camino de Santiago.

I ended up parting ways with my friend from Holland, but met up again at dinner. Each pilgrim in on their own journey, with their own reasons for being there. The time alone is just as important as the time with others. Sometimes the time with others will open a door into a part of yourself that you never thought about. Sometimes one person can ask you a question that you never thought about yourself, that can set you on a new path in life. At other times, you need to give yourself the stillness and quiet to reflect on things you want to change or enhance about yourself. I know that this is only day one, but I am looking forward to the experiences and reflections that will come from this journey.